Novel treatment options have to be tested in model systems mimicking human cancer before clinical trials can be initiated. Patient-derived xenografts (PDXs), established by direct transplantation of fresh tumor tissue into mice, is the most accepted model for preclinical testing. Such models have been shown to retain the main histological and genetic characteristics of the patient tumor and to recapitulate the complex interaction with the tumor microenvironment. We have access to PDX models representing the main subclasses of breast cancer. Besides forming a relevant model for drug efficacy testing, the PDX models also represent an indefinite source of tumor material, both when subjected to different treatments and under normal/untreated conditions. Such material is utilized for biomarker discovery by molecular and metabolic characterization and also for investigation of tumor evolution and phenotypic plasticity under treatment pressure. In addition, tissue from the PDX models can be disaggregated into organoids/aggregates/single cells and used for ex vivo drug sensitivity testing.

PDX mice lack a fully developed immune system, but by injecting human immune cells, engraftment of T-cells may be obtained. We are in the process of establishing this technology, which will allow testing of immune modulating agents like immune checkpoint inhibitors. Recently, an H2020 INFRAIA-2016-2017 project (EDIReX) was granted where we, together with collaborators in the European Consortium for PDX-models, EurOPDX (http://www.europdx.eu), will develop the concept of humanized mice further.

The in vitro and in vivo models are available for all network partners.

From functional studies in cell lines we hypothesize that phenotypic plasticity, the cancer cells ability to change from an epithelial to a mesenchymal phenotype, is an important mechanism causing resistance against standard chemotherapy. PDX models sensitive and resistant to the treatment modalities given in the I-BCT1 clinical will be used to assess the impact of targeting the mesenchymal phenotype as a strategy for next line treatment for patients no longer responding to the given treatment in the trial. Mesenchymal targeting will be performed by PI3K inhibitors and agents targeting the immune suppressive microenvironment.

Improved treatment for HER2+ breast cancer

By the use of high-throughput functional screens in cell lines or cells harvested from the PDX models we are able to study the effect of many drugs, as well as miRNAs, simultaneously. We have also identified sensitizing compounds by performing high throughput drug screens in vitro. We are in the process of validating the findings in vivo and the mechanisms for therapy response will be elucidated. Upon promising results and further in vivo validation, novel combination of approved drugs may be considered for subsequent clinical testing in patients.

We have established a modified method of generating patient derived xenograft models by using the Mouse INtraDuctal injection (MIND) method. This implies injecting cancer cells directly into the mouse mammary ducts as this provides a more relevant model for studying DCIS and progression to invasive cancer in vivo. We are using cells from DCIS and invasive breast tumors as well as single cell suspensions from PDX tumors. We monitor tumor growth regularly by magnetic resonance imaging (MRI). We aim to collect samples throughout cancer progression, building a PDX tissue biobank to be analyzed with different methods.

Using luminal PDX models, we are interested in elucidating the role of the FGFRs and FOXA1 in hormone-resistant breast cancer. We have established a pipeline where we use CRISPR-mediated knock out of specific targets in cells from cell lines and PDX tumors that can be re-injected to study effect on tumor growth and response to treatment.

We also use genetically modified mouse models (GEMMs) in our studies. In particular are we interested in studying tumor heterogeneity by tracing tumor growth from stem cells by in vivo lineage tracing. We have established 3- dimensional imaging of mouse mammary glands from animals in which we can trace cell fate from Lgr5 + stem cells. 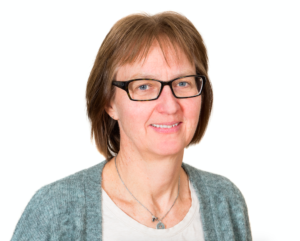